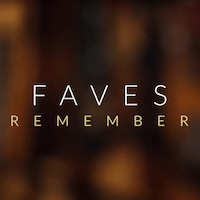 I Remember this song. Larry Lynch was the drummer in The Greg Kihn Band when “Remember” was originally recorded. I was there, and I Remember discussing with Larry, when the original version of this song was recorded, “what an under-respected songwriter Greg Kihn was.” This song caps it all. A free listen to a song written by Greg Kihn, covered and videoed by Larry’s new group, FAVES. This single features another player who performed with Greg Kihn on the UC Berkeley campus when they were both buskers, and on Greg’s original recordings, guitarist extraordinaire, Robbie Dunbar. Berkeley Cat Records, my favorite label these days, has released this gem. Have a listen.

Husband, Father, I founded and was the chief record producer of Beserkley Records. We had international hits and established the careers of Jonathan Richman, Greg Kihn, The Rubinoos, and Earth Quake. "In the 80's I witnessed the new digital technologies that would change music forever, and then I hoped to enable music lovers worldwide to enjoy more music with these new technologies. I founded Fun Fun Fun Recordings to make more “out of the box” recordings I’ve come to enjoy.
« Comeback Pete posts THE SELECTER – “MISSING WORDS”
SEDER STREAM 2021 »