BACK TO FREE MUSIC LIST
WHY MP34U.com? | Open Source Music

Thank you for loving music as much as I do. It’s always been my goal to help the art of music and spread the word.  I got to do that with the help of some gr8 musicians when I entered the music business as Beserkley Records. I got re-encouraged by the digitizing of music and the WWW and the concept of direct-to-fan. It would eliminate the creativity-stifling huge executive salaries that came with the corporate takeover of the mom and pop world, including the music business. I was wrong, “the new bosses” were worse than “the old bosses.” Finding music to listen to has become easier, while it has become harder for musicians to support themselves. Realizing we were headed towards the “Dark Ages” of music. Instead of crooked radio, the current situation has been replaced by crooked WWW corporate social media. I have always believed in the social sherpa concept. So in 2003, with a bunch of music lovers, MP34U searched music posted for free by artists needing exposure, and published a list. We were way too early!! I stumbled upon several of these posts and think they should be reposted. It was easy back then to link to sites that offered hosting to musicians, so they could communicate with fans directly (the “Music Community” dream.) It seems the corporate YouTube.com has out lasted Epitonic.com, so I’ve found most of the music for reposting there. Sorry for the commercials, but the information is worth it. Here’s a song that Band Geek found in 2003. 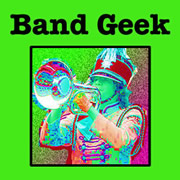 Husband, Father, I founded and was the chief record producer of Beserkley Records. We had international hits and established the careers of Jonathan Richman, Greg Kihn, The Rubinoos, and Earth Quake. "In the 80's I witnessed the new digital technologies that would change music forever, and then I hoped to enable music lovers worldwide to enjoy more music with these new technologies. I founded Fun Fun Fun Recordings to make more “out of the box” recordings I’ve come to enjoy.
« HOBBIT LOVE by THE GAZILLIONS
WHY PUBLICDOMAIN4U.com? »